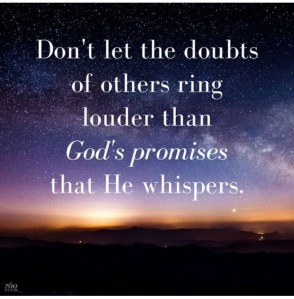 We live in such a critical world. Everyone has an opinion or idea of us based off what they deem right in their eyes. Most of the criticism comes from those closest to us – family and “friends.” Why? I believe it’s because they think they know us. They may know us for who we are based off where we come from, our upbringings, our careers/jobs or what they think is best for us, but often times, it’s just a superficial knowledge without any real depth. Jesus himself endured this. Jesus wasn’t even welcomed in His own hometown. In Mark 6:1, it tells us “He went out from there and came to His own country, and His disciples followed Him. And when the Sabbath had come, He began to teach in the synagogue. And many hearing Him were astonished saying “Where did this man get these things? And what wisdom is this which is given to Him, that such mighty works are performed by His hands! Is this not the carpenter, the Son of Mary, and brother of James, Joses, Judas, and Simon? And are not his sisters here with us? So they were offended at Him.” In Jesus’ hometown the people missed who He truly was. They saw him as just a carpenter, the son of Mary. They couldn’t see through spiritual eyes, so they rejected His message. As followers of Christ we will be misunderstood, criticized, and judged. If Jesus had to endure it, so will we. But we don’t have to worry or be afraid because the Bible tells us, “don’t grow weary while doing good.” If you think about it, we will be criticized no matter what, for doing wrong or right! 1Peter 3:13 says, “Now who will want to harm you if you are eager to do good? But even if you suffer for doing what is right, God will reward you for it. So don’t worry or be afraid…Remember it is better to suffer for doing good, if that is what God wants, than to suffer for doing wrong.” I would rather suffer for doing right, for doing what God would have me to do than doing wrong!

To get personal, I (Vanessa) have not been free to post on social media from time to time. The struggle came when I allowed the thoughts, judgments and opinions of others to critique what I’d post when people only saw a small picture of a much bigger one. This is an issue that I need to grab a hold of and be free from. I have always struggled with people-pleasing and the fear of others opinions and thoughts toward me. God has been working on me and I am receiving my freedom! I have come to the realization that most people would rather see posts of me, my kids and husband, but when it comes to me “Vanessa” personally and what I’m doing in my calling, being a sister and best friend – people don’t really care. I have only been known as a wife and a mom for many years and it is who I am, however God had more for me. I think as women, we think that being a mom and wife is all we are to do, but I began to ask God the question “what do you have for me, Vanessa? What is it you have for me outside of being a wife and a mom? I also have dreams and desires, we all do. God has placed dreams inside all of us, but how many of us actually fulfill them? Now don’t get me wrong- being a wife and mom is one of life’s greatest gifts! It’s s a joy and blessing. It is an honor and privilege I don’t take lightly, but I knew at a point in my life that God had more for me. I knew in my heart and soul I had a calling outside of being a wife and mom. I remember when I begin to ask God the question “what is it you have for me?” He replied “I will show you – just not now. Stay where your put. Keep doing what you’re doing as a mom and wife and do it with your whole heart.” I’m reminded of the scripture “You have been faithful over a few things I will make you ruler over many things.” I told God “Ok – I will do that. I will be the wife and mom you called me to be!” But I still knew there was more. I left it in God’s hands and did just what He asked me to do and knew that in time, He would reveal to me the more!

Finally, the time came where my divine connection came! My best friend and sister Michelle entered my life and my destiny and calling were entangled in her. It wasn’t until her, that the answer to my question of “what is it you have for me outside being a wife and mom” came. What God had for me was not to be just a best friend as the world knows it, but how Jesus calls us to be. I now have a best friend, a sister that far surpasses what I could have hoped or imagined for! How God had given it to us was beyond our understanding, but our hearts and souls knew this was a gift from Him! Now I understand that to others it is new, and people may not be used to seeing me being anything other than a wife and mom, however God had more for me! Despite the misunderstandings of others I will not stop or quit doing what I know God has called me too. I will run my race with my sister, hand in hand, with eyes fixed on Jesus! We will not look to the left or right! We will not be distracted by others opinions, criticism or judgments! All that matters is what God, our Father thinks and I will answer to Him and no one else! 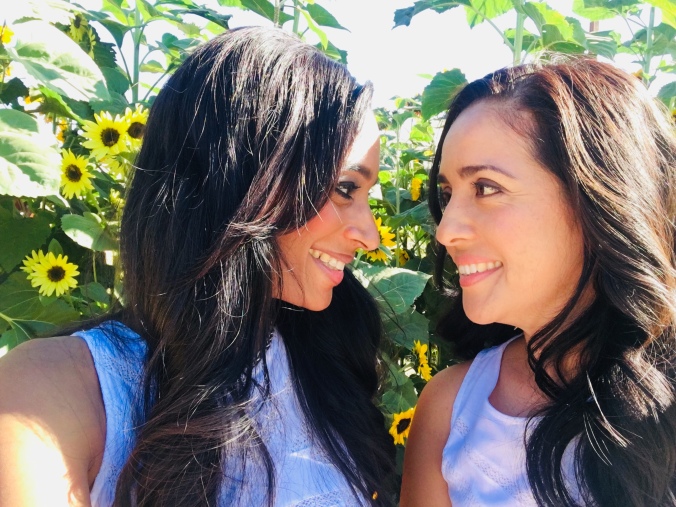