Delving deeper into the importance and how we all need an inner circle, we know that Jesus had a multitude and many followed him and probably wanted to be close to him. However, it’s impossible to have many close intimate friends. Its not about more, but few! We have said it before and we will say it again – its not about quantity but quality friends!

Who you take and bring along your journey will determine where you end up.

When we look at Jesus, he wasn’t concerned about impressing or pleasing the crowd. He didn’t allow the multitudes to continue to follow him, but he selected out of the hundreds, 12 to train up.

Now we want to focus in even more on Jesus’ 3, Peter, James and John.  Even Jesus needed and an inner circle that he could trust and be vulnerable with.

We want to take a look again at the scriptures we used in the last blog, but point out something important that God showed us.

We cannot share and give to many. We have to be selective in who we share our battles and victories with. There are moments in our lives that are special to us, and we want to share that, but not everyone can appreciate it. How many times have you shared with the wrong person and they were unable to rejoice with you? That is why it’s not for everyone to share and open up to. We see that the moment Jesus’ appearance was transformed and Moses and Elijah began talking with Jesus, the reaction of Peter was “Lord its wonderful for us to be here.” He showed appreciation and then he asked Jesus if he wanted him to build a memorial. Then God spoke and the disciples were afraid and fell face down. They didn’t understand yet, but we see it was the beginning of worship. I love how it goes on to say that Jesus went over to them and touched them and said “ get up, don’t be afraid” He didn’t just speak to them but he went over and touched them. We see a very special bond between these 3.

We can also see that not everyone is invited into deep conversations. We need to at least have one that we can have intimate conversations with. One we             can open up with and be vulnerable with.

Matthew 17:9– “As they all hiked down the mountain together, Jesus ordered them, “Don’t tell anyone of the divine appearance you just witnessed. Wait until the Son of Man is raised from the dead.”

Here we see something very important and that’s trust. Jesus in a sense let them in on a secret and trusted them not to say anything yet. We can learn from this example that we cannot trust everyone with our heart and things we share. He must have knew these 3 could be trusted not to go back and tell the other disciples what had happened.

We know the story of Jesus going to heal Jairus’ daughter. We wanted to point out that when he got to the house, the crowd was weeping and mourning her death and Jesus replied, “she is not dead. She is sleeping.” The crowd laughed at him, but he made them all leave, except the parents, Peter, James and John.

We can see from here that there will be those that laugh at your belief; those that think you are crazy. Jesus was not moved. He didn’t break down and ask why they were laughing at him. He told them to go, get out! When you are believing for something, you may have to remove people. Don’t allow them to hinder what you do. Jesus knew he was about to raise her from the dead and he didn’t need any unbelief. He only allowed his 3 inner-circle of friends to be with him!

Mark 5:43– “Jesus had them bring her something to eat. And he repeatedly cautioned them that they were to tell no one about what had happened.”

We also see again here Jesus told them do not tell anyone what had happened. Again he had trust in them to keep it with them.

What we want to point out here is when Jesus went to go pray at the Garden of Gethsemane, He took again Peter James and John. He was at such a vulnerable moment. He was distressed and anguished. He told the 3 “My soul is crushed with grief to the point of death. Stay here and keep watch with me” Jesus showed vulnerability and opened up his truest feelings to the 3.

If you read down a little further, we see that the disciples fell asleep and Jesus stopped praying and went to them and found them asleep. Jesus didn’t get angry and say forget it, let me go get someone else. Instead he taught them something even in his weakest moment. He told them the spirit is willing but the flesh is weak and weren’t back to pray. This happened 3 times.

Understand, that we will be let down and disappointed. Even your inner circle will fail, but remember it’s about the heart. Even though the disciples failed Jesus, Jesus knew their heart, He knew their flesh was weak and instead of being angry with them, He taught them!

Matthew 26:40– “Later, he came back to his three disciples and found them all sound asleep. He awakened Peter and said to him, “Do you lack the strength to stay awake with me for even just an hour?”

Sissy and I let each other down, but we are committed to each other and don’t exchange the other for someone else when we fail each other. We know each other’s hearts and I know my sister has me! 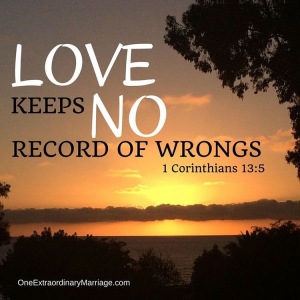